The Sambre-Oise canal is the result of a long wanted wish to link the Meuse basin to that of the Seine, and thus Paris, for political and economic needs. Today, the canal offers a very interesting touristic attraction as it links the Seine basin to all the waterways of Northern France and Europe.

Navigation on the Sambre-Oise Canal starts at Landrecies and ends at Tergnier.

The Sambre-Oise canal is the result of a long wanted wish to link the Meuse basin to that of the Seine, and thus Paris, for economic and political needs. One of the first major steps in this endeavour was the creation of the Saint-Quentin canal linking the Oise to the Scheldt River during the 18th century. As often with similar projects made in the Ancien Regime, this canal suffered from a lack of funding and discord between different authorities. In the first half of the following century, Napoleon undertook massive building works to develop French waterways, and the Saint-Quentin canal was finished. While it secured the junction between Northern France and the Seine basin, there still was a need to link the latter to the Meuse. This was especially true because of the increase in coal demand, a resource mostly conveyed from Northern France and Belgium.

In 1833, the King of the French, Louis-Phillippe, officialised the construction of the Sambre-Oise canal. Construction began the following year and the canal opened to navigation in 1839. The waterway network in Northern France, recently independent Belgium and the Netherlands was much more developed by then, and it was possible to navigate from Paris to the North Sea. It was a commercial and economic success for most parties involved, in both Belgium and France. However, fluvial navigation for trade and goods transportation rapidly had to compete with improvements made in road transportation and with trains. At the beginning of the 20th century, the industry in these regions was very prosperous. But, the First World War was a serious setback. Waterways near and on the frontlines had important strategic importance, notably because they were physical obstacles. On 4 November 1918, Manchester Regiment lieutenant Wilfred Owen, the famous English poet, was killed in action while crossing the canal in the village of Ors. 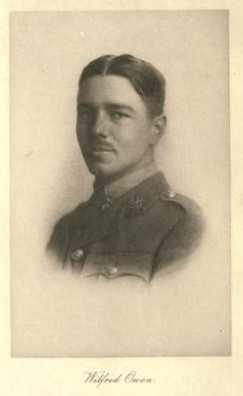 The industrial decay in the last decades of the 20th century was a serious blow to the canal and many other waterways. There was a lack of resources and funds to maintain the waterway navigation worthy. Many French and Belgian officials were worried because the canal was a great touristic asset. Yet, little was done to ensure its navigability and the canal was closed in 2006 for security reasons. However, initiatives by officials and local citizens lead authorities to carry out a grand program of renovations such as the rebuilding of two bridges and the refurbishment of the locks on the 71 kilometres long canal.

When navigating on the Sambre-Oise Canal, you have many opportunities to enjoy the natural beauty of the Northern parts of France. At Landrecies, you are already in the Avesnois Natural Park where dwell several forests and charming villages. Modern history amateurs will also be pleased to visit some of the famous World War One battlefields. Military cemeteries are scattered across the region. There is no need to go too far from the canal to find them as well as memorials. For the 36 kilometres from Chauny to Sissy, the EuroVelo route The Pilgrims Route that goes from Trondheim, Norway, to Santiago de Compostela in Spain, follows the canal. Cruising on the Sambre-Oise Canal is an excellent opportunity for cycling, both along the canal and in the nearby countryside.

Celebrating our 18th Birthday!
Open all the gifts.