Meandering through the beautiful countryside of southern England, the River Thames takes you to Historic towns and quintessentially English villages with their riverside pubs and village greens. 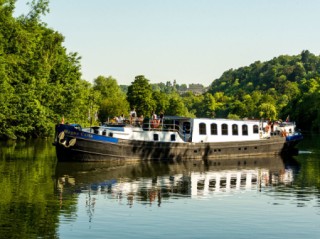 Le Boat have 17 different self-drive boats for you to choose from. The Thames is England's longest river, with the source at Thames Head in the Cotswolds of Gloucestershire, the waters flow east with various tributaries join such as the Loddon, the Churn and the Wey adding to the water flow which empties into the English Channel.

After passing through the capital of London, it empties into the North Sea. Used for thousands of years for transport and generating commerce, the Thames remains a very active and worthy destination.

Our two bases at Benson and Chertsey are ideally placed to explore what is arguably the most beautiful stretch of the river, and cruising in either direction will take you to some of the oldest and prettiest towns and villages in the heart of England.

Visit historic towns and cities such as Windsor, Kingston-upon-Thames, Henley-on-Thames, Marlow, Cookham, Pangbourne and Oxford.  With all the locks on the river Thames manned by friendly lock-keepers, you can be sure of a pleasant day's cruising wherever you choose to go.

Self-drive cruises on the River Thames

<< More from England
Other destinations >>
Celebrating our 18th Birthday!
Open all the gifts.