The navigation routes on the waterways to and from France

A map showing the main navigation routes (light blue colour), which cross through France from the north to the south and east to west. These routes are basically only following natural paths created by the rivers and mountains. They are ancient routes used for trade such as tin and spice, but as modern man's needs increased, the transported merchandise moved to boats and barges.

The rivers were controlled with locks and dams, the canals built across the watersheds or beside unstable rivers, allowing the cargo boats to traverse France and not be obliged to make perilous journeys along the coastlines of the Mediterranean and Atlantic, risking their valuable goods and lives. The waterways have opened passages to distant countries and continents (shown by the orange arrows). 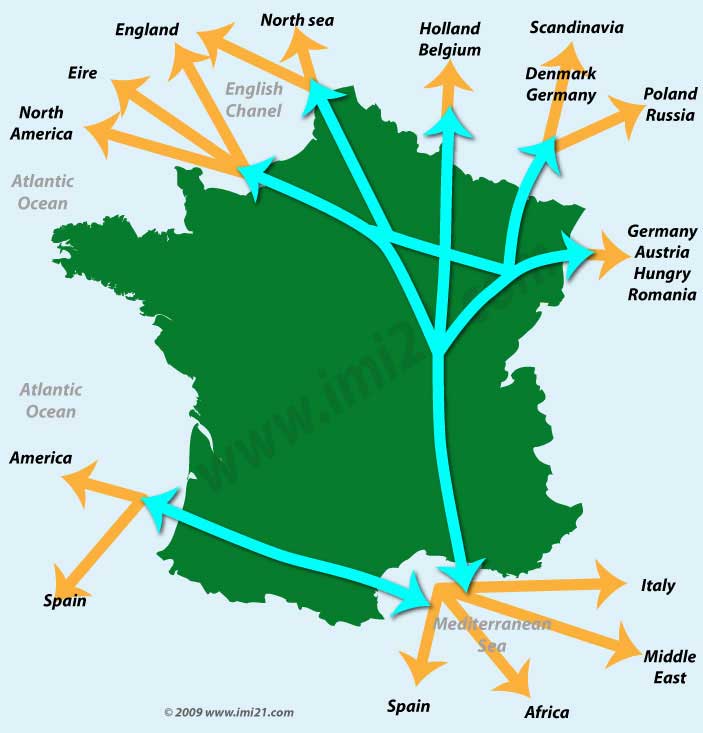 Notice the absence of a navigable route in the central west of France, this is the basin of the river Loire which has always remained uncontrollable, with flooding and moving sandbanks. It would be a gigantic project to convert the Loire into a commercial route and connect to the River Rhone.

Other cruise maps of France.