The heart and capital

As the River Seine flows towards Paris other rivers and canals join together to offer you an amazing journey.

Map of the canals and rivers

The Île-de-France means the "Island of France".

The  Île-de-France is part of the Paris basin, a large area where many of the rivers such as the Oise, the Marne and the Yonne flow from the north and east flow into the Seine. There is a dense network of canals within the area connecting the waterways allowing barges to cruise to and from Holland, Belgium, Luxembourg and Germany.

The region called Île-de-France has the capital city of Paris at its heart and other famous places such as Versailles, Fontainebleau, and Pontoise to name a few. Although the density of the population is high as you move away from the centre there are vast areas of beautiful landscape and forest and hills; castles of all ages are dotted about some hidden and others very prominent.

Ultra Deluxe
Save up to 10% 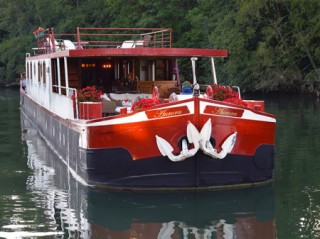 Compiegne and the Île-de-France

All the waterways in this region